The beginning of a brighter future 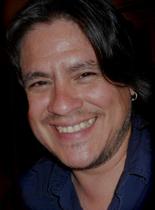 John is a Los Angeles native who has dedicated his life to education. He works as an instructor at Los Angeles Trade Tech where he teaches students of many demographics, but mostly of lower income communities. He has been employed by LACCD’s automotive department for 22 years. He loves teaching automotive and is an active member in the hotrod community, a hometrack NASCAR champion and has appeared on Monster Garage with Jesse James. John also has a passion for dogs and lives with his 3 dogs, Chili, Buddy and Holley. For the last few years, John has been teaching at Camp David Gonzalez, LA County Juvenile Facility, which he has found very fulfilling, especially when the students are released and then continue their education at Trade Tech. He sees that educating people, giving them work skills, enables them to get their lives back on track and rejoin the community. John has served as a board member for E-SOL, and is now thrilled to be part of Clear Skies Ranch board and hopes to guide the educational needs of the ranch. Qualifications: Professor of Automotive Technology at LATTC Educator at Camp David Gonzalez LA County Juvenile Facility Board Member of E-SOL, a California non-profit organization dedicated to serving the needs of children and adults with special needs with three campuses throughout the San Fernando Valley.

Tom moved to Los Angeles 20 years ago from Albuquerque and has been working in the entertainment industry in finance for the majority of that time. Tom is currently happily working at Pie Town Productions as the Director of Finance. In his spare time he likes to play kickball and is on the board of his kickball association. Tom saw first-hand, the effect of addiction on not only the addict, but the people around them, when his marriage ended due to his wife’s addiction and her lack of desire to recover. As a director of finance, Tom feels that his role on the board of Clear Skies Ranch as Treasurer will benefit many people and animals that are in need and is pleased to be of service to this cause. Qualifications: Certified Practicing Accountant

Bobby comes to Clear Skies Ranch board with a plethora of experience in the field of addiction as well as sustainable farming. He has lived and worked on a non-profit rescue ranch where he implemented an organic certification for the vegetable crops. He also has a decade of construction experience along with a large network of recovery inductions professionals. 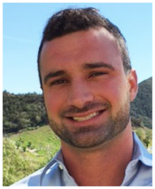 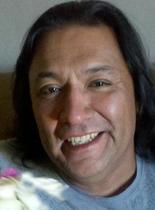 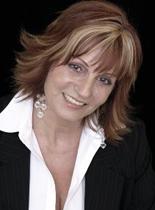 Dwayne brings knowledge and experience, as the CEO at Rescue-A-Life Foundation, to assist Clear Skies Ranch's mission. His work in a community based non-profit organization serving needy and disadvantaged individuals from all ethnic and religious backgrounds, helps to guide our purpose with equity and equality. Dwayne, a compassionate paralegal, founded Rescue-a-Life Foundation in  2010 and has driven them forward, helping the needy, the disadvantaged, the intellectual and developmentally disabled to become self-sufficient by providing housing and supportive services.

Joey Robson left Australia for the United States in 1991. Since then she has been heavily involved in all aspects of the entertainment industry. While in Australia, she had several successful businesses and used what she had learned to good use in her own business in the States. After managing successful careers for over twenty years, Joey learned that she enjoyed developing young careers and nurturing young actors. She now works as a Talent Agent. Joey’s two younger children began working in the Entertainment industry in Australia and continued to have successful careers, under her management, in the States. She raised them herself as a single mother. Her eldest son joined them later and they are all happily married and have given her three grandchildren. Her constant companions have been her two Maltese Terriers, now aged 13 and almost 14 years old. 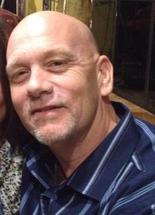 Steve is a native of the San Fernando Valley with a brief stop in Montana when he was young.  He started his career in the insurance industry and stopped to work on his recovery.  Steve is now into his 7th year of recovery  and is grateful to have landed at Chandler Lodge, North Hollywood, where he briefly lived and worked as the chef, cooking for 36 residents.  He is now the General Manager at Chandler and really enjoys helping others with their recovery.  Steve brings his strong work ethic and exemplary management skills to our board.

Steve lives in Sherman Oaks, and in his free time, he loves movies, discovering new restaurants and watching his beloved Dodgers.